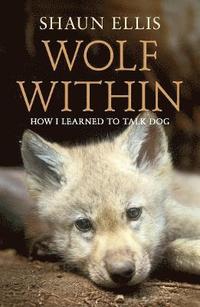 How I Learned to Talk Dog

av Shaun Ellis
Häftad Engelska, 2011-02-03
129
Köp
Spara som favorit
Skickas inom 5-8 vardagar.
Fri frakt inom Sverige för privatpersoner.
To wolf expert, Shaun Ellis, wolves aren't just his work, they're also his family. An extraordinary man, Shaun has been fascinated by wolves all his life, even living as part of a wild pack for two years with no human contact. What he gained was a unique and fascinating insight into their world, and that of our very own domestic dogs. Shaun Ellis grew up in the Norfolk countryside with a passion for and understanding with animals from an early age. His early fascination with wolves, and determination to understand them, led to him spending years in the US with the Naz Paz Indian tribe, watching wolves, learning to understand their roles and behaviour in the pack and how to communicate with them. He even lived as part of a wild pack for two years, without any human contact. Bringing his knowledge back to the UK, he astonished wildlife experts with his knowledge and insight. He now lives, eats and sleeps with his two wolf packs at Combe Martin Wildlife Park. This is the story of Shaun's determination to understand these extraordinary animals and how what he has learned can help others to understand their own domestic dogs.
Visa hela texten

Bloggat om The Wolf Within

Shaun Ellis grew up in the Norfolk countryside, loving animals from an early age. Always fascinated by wolves, Shaun worked in the army for several years before saving enough money to go and live with the Nez Perce Indian tribe in Idaho who were studying and working with native wolves. Shaun worked with them for seven years in total, including spending two years living with a pack of wild wolves with no human contact. Finally, to save his own life, he re-entered the human world. Now, Shaun is known to the thousands of visitors to the Combe Wildlife Centre in Devon, where he currently lives with his two packs of wolves. Shaun also advises the armed forces on training for their dog handlers and is greatly in demand for talks applying what he has learnt about wolves to understand canine behaviour.