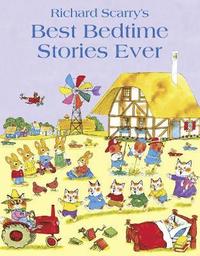 Born in Boston in 1919, Richard Scarry's drawing talent led him to study at the Boston Museum School. He began his career in New York City as an illustrator and freelance artist, and in 1963 he published his first book, The Best Word Book Ever, which became an international best-seller.