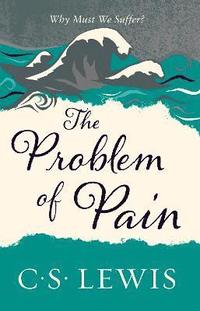 The Problem of Pain

av C S Lewis
(1 röst)  |  Läs 1 recension
Häftad Engelska, 2012-04-12
119
Köp
Spara som favorit
Skickas inom 7-10 vardagar.
Fri frakt inom Sverige över 159 kr för privatpersoner.
Finns även som
Visa alla 6 format & utgåvor
For centuries people have been tormented by one question above all - 'If God is good and all-powerful, why does he allow his creatures to suffer pain?' And what of the suffering of animals, who neither deserve pain nor can be improved by it? The greatest Christian thinker of our time sets out to disentangle this knotty issue. With his signature wealth of compassion and insight, C.S. Lewis offers answers to these crucial questions and shares his hope and wisdom to help heal a world hungry for a true understanding of human nature.
Visa hela texten

'I find I am constantly realising that I owe many of my most basic convictions about Christian faith to Lewis's imagination.' Rowan Williams 'It is really a pleasure to be able to praise a book unreservedly, and that is just what I can do with "The Problem of Pain".' Guardian 'A really remarkable book. It says so many things which seem to me to need saying today. It will help many people to revise what they had taken for granted and face possibilities which had not occurred to them.' Spectator

Born in Ireland in 1898, Clive Staples Lewis gained a triple First at Oxford and was Fellow and Tutor at Magdalen College from 1925-54, where he was a contemporary of Tolkien. In 1954 he became Professor of Mediaeval and Renaissance Literature at Cambridge. C. S. Lewis was for many years an atheist, until his conversion, memorably described in his autobiography 'Surprised by Joy': "I gave in, and admitted that God was God ... perhaps the most dejected and reluctant convert in all England." He is celebrated for his famous series of children's books, the Narnia Chronicles (which have been filmed and broadcast many times), as well as his literary criticism and science fiction. C. S. Lewis died on 22nd November 1963.