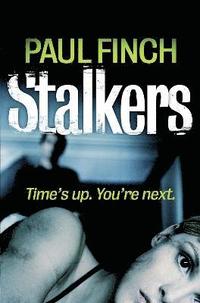 av Paul Finch
Häftad Engelska, 2013-02-14
129
Köp
Spara som favorit
Skickas inom 5-8 vardagar.
Gratis frakt inom Sverige över 159 kr för privatpersoner.
Get #HookedonHeck with the first book in the #1 bestselling DS Mark Heckenburg series. "All he had to do was name the woman he wanted. It was that easy. They would do all the hard work." Detective Sergeant Mark 'Heck' Heckenburg is investigating the disappearance of 38 different women. Each one was happy and successful until they vanished without a trace. Desperate to find her missing sister, Lauren Wraxford seeks out Heck's help. Together they enter a seedy underworld of gangsters and organised crime. But when they hear rumours about the so-called 'Nice Guys Club' they hit a brick wall. They're the gang that no one will talk about. Because the Nice Guys can arrange anything you want. Provided you pay the price... Dark, terrifying and unforgettable. Stalkers will keep fans of Stuart MacBride and Katia Lief looking over their shoulder.
Visa hela texten

"Edge-of-the-seat reading...Heck is formidable - a British Alex Cross." THE SUN "Wonderfully dark and peppered with grim humour. Finch is a born storyteller and writes with the authentic voice of the ex-copper he is." PETER JAMES "An ingenious and original plot. Compulsive reading." RACHEL ABBOTT "A deliciously twisted and fiendish set of murders and a great pairing of detectives." STAV SHEREZ "Avon's big star...part edge-of-the-seat, part hide-behind-the-sofa! An excellent series." THE BOOKSELLER "An explosive thriller that will leave you completely hooked on Heck." WE LOVE THIS BOOK

Paul Finch is a former cop and journalist, now turned full-time writer. He cut his literary teeth penning episodes of the British crime drama, The Bill, and has written extensively in the field of film, audio drama and children's animation. He is also well known for his work in the thriller and horror fields. To date, he's had 15 books and nearly 300 stories published, and is a two-times winner of the British Fantasy Award and a one-time winner of the International Horror Guild Award. Paul has also written scripts for several movies. The most recent, The Devil's Rock, was released to the cinemas last July. Paul lives in Lancashire, with his wife Catherine and his children, Eleanor and Harry. His website can be found at: www.paulfinch-writer.blogspot.com