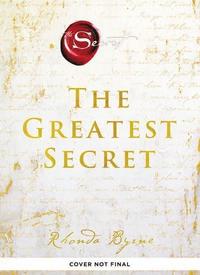 av Rhonda Byrne
Inbunden Engelska, 2020-11-24
219
Köp
Spara som favorit
Finns även som
Visa alla 3 format & utgåvor
New Book by International Bestselling Author Rhonda Byrne. Once you know, freedom is yours. The Greatest Secret, the long-awaited major work by Rhonda Byrne, lays out the next quantum leap in a journey that will take the reader beyond the material world and into the spiritual realm, where all possibilities exist. The book reflects Rhonda's own journey, and shares the most direct way out for those experiencing hardship and the path to end pain and suffering endured by so many, and shines a light on a future without anxiety or fear. Filled with accessible practices that can be immediately put to use and profound revelations that take the reader on an incomparable journey, Rhonda's discovery is reinforced throughout by the revelatory words of sages from around the world, past and present. 'The Secret showed you how to create anything you want to be, do, or have. Nothing has changed - it is as true today as it ever was. This book reveals the greatest discovery a human being can ever make, and shows you the way out of negativity, problems, and what you don't want, to a life of permanent happiness and bliss.' - From The Greatest Secret
Visa hela texten