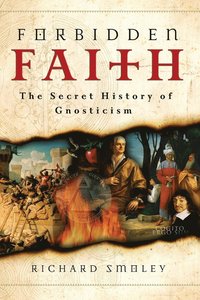 The Secret History of Gnosticism

av Richard Smoley
Häftad Engelska, 2007-01-01
179
Köp
Spara som favorit
Skickas inom 10-15 vardagar.
Fri frakt inom Sverige för privatpersoner.
Finns även som
Visa alla 1 format & utgåvor
The success of books such as "Elaine Pagels' Gnostic Gospels" and Dan Brown's "Da Vinci Code" proves beyond a doubt that there is a tremendous thirst today for finding the hidden truths of Christianity - truths that may have been lost or buried by institutional religion over the last two millennia. Many people now are delving into the byways of this tradition of inner Christianity, hoping to find an alternative to stale dogmas and blind beliefs. Among the most compelling of these lost traditions is Gnosticism. "Forbidden Faith" explores the legacy of the ancient esoteric religion of gnosticism, from its influence on early Christianity to contemporary popular culture.
Visa hela texten

"If you are interested in the appeal of these popular manifestations of Gnosticism, Smoley is certainly your best guide." -- Spirituality and Health magazine

Richard Smoley is one of the world's most distinguished authorities on the mystical and esoteric teachings of Western civilization. Educated at Harvard and Oxford universities, he worked at a wide range of journalistic positions before becoming editor of Gnosis, the award-winning journal of the Western spiritual traditions, in 1990, a position he held up to 1999. He is the coauthor (with Jay Kinney) of Hidden Wisdom: A Guide to the Western Inner Traditions (Penguin Arkana, 1999), and is the author of Inner Christianity: A Guide to the Esoteric Tradition (Shambhala, 2002).