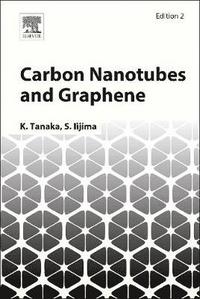 Kazuyoshi Tanaka received a doctorate of Engineering degree from Kyoto University in 1978 under the guidance of late Professor Kenichi Fukui who was a co-laureate of Nobel Prize in chemistry in 1981 with Professor Roald Hoffmann in Cornell University. A postdoctoral fellow of JSPS (1978-1979) and had joined in a US company (Energy Conversion Devices, Inc. in Michigan) from 1979 until 1981. He returned to Faculty of Engineering, Kyoto University in 1981 as a Research Associate (1981-1988), and then was promoted to Associate Professor (1988-1996) and Professor in the Department of Molecular Engineering, Graduate School of Engineering, Kyoto University from 1996. Tananka was a leader of the CREST team, JST, from 2002 to 2007 sponsored by the Ministry of Education of Japan, with the research theme of "Nanoelectronic-Device Fabrication Based on the Fine Molecular Design. After earning a degree in physics at Tohoku University in Sendai, Japan, Sumio Iijima moved to Arizona State University as a post-doctoral associate where he initiated high-resolution transmission electron microscopy (HRTEM) (1970-1982). Using the technique, he has brought a new type of information of local atomic structures of crystals into condensed matter physics, solid state chemistry, crystallography, mineralogy and materials science. Ample experiences with the different types of materials including nanostructures of carbon materials have led him to discover carbon nanotubes in later years. In these days the technique has been known as the most powerful one in the research fields of nano-materials science and nanotechnology. In 1982 he returned to Japan and worked for 5 years on a national ERATO project on nano-particles, then joined the NEC fundamental research laboratories.

In 1991 he discovered carbon nanotubes that have initiated nano-materials science and nanotechnology and has being attracted world-wide researchers in academia and industry. Following the discovery, he has been honored with numerous awards and prizes that include: Franklin Medal in physics (2001), Agilent Europhysics award (2002), Balzan Prize (2007, Italy-Switzerland), Kavli Prize (Norway, 2008), Prince of Asturias Award (Spain, 2008), Order of Culture (Japan, 2009), He is members of Foreign Associate of the National Academy of Science (USA. 2007), the Norwegian Academy of Science and Letters (2009), member of Japan Academy (2010) and foreign member of Chinese Academy of Sciences (2011).