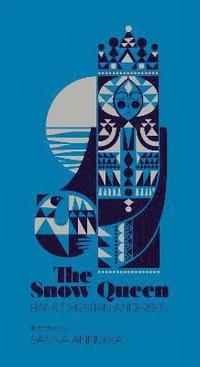 Sanna Annukka is a half Finnish, half English illustrator and print maker. She spent many childhood summers in Finland, and the forests, lakes and wildlife of the region remain a constant source of inspiration. Her work combines nature, childhood memories and her love of storytelling and folklore. In 2006, Sanna's work was spotted by British band Keane which led to a collaboration on their second million selling album Under the Iron Sea. Her client list includes Universal Island Records, British Vogue, Apple/iTunes and Marimekko. Alongside commissioned work Sanna has her own company, developing her own brand of self-styled products. She is currently expanding her product range from limited edition prints on paper to printed textiles, wooden products and jewellery. www.sanna-annukka.com Hans Christian Andersen (April 2, 1805 - August 4, 1875) was a Danish author and poet, most famous for his fairy tales. Among his best-known stories are The Snow Queen, The Little Mermaid, Thumbelina, The Little Match Girl, The Ugly Duckling and The Red Shoes. During Andersen's lifetime he was feted by royalty and acclaimed for having brought joy to children across Europe. His fairy tales have been translated into over 150 languages and continue to be published in millions of copies all over the world.