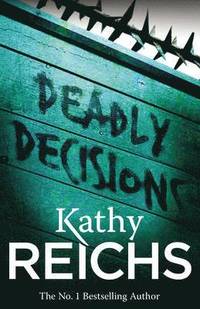 A truly impressive writer * We Love This Book * Brennan is a winner, and so is Reichs * Daily News * Reichs' seamless blending of fascinating science and dead-on psychological portrayals, not to mention a whirlwind of a plot, make [her novels] a must read * Jeffery Deaver * With Kathy Reichs the reader knows they're in the hands of an expert * Sunday Express * You'll want to keep turning the pages long after lights out to find out what happens next ... Reichs' real-life expertise gives her novels an authenticity that most other crime novelists would kill for * Daily Express *

Kathy Reichs is vice president of the American Academy of Forensic Scientists; a member of the RCMP National Police Services Advisory Council; forensic anthropologist to the province of Quebec; and a professor of forensic anthropology at the University of North Carolina-Charlotte. Her first book, Deja Dead, catapulted her to fame when it became a New York Times bestseller and won the 1997 Ellis award for best first novel. She has written 15 bestselling Temperance Brennan novels, the most recent include Bones Are Forever, Flash and Bones and 206 bones.