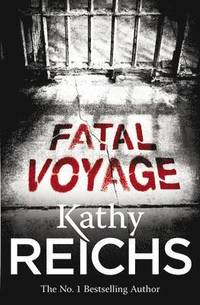 av Kathy Reichs
(1 röst)
Häftad Engelska, 2011-07-07
119
Köp
Spara som favorit
Skickas inom 5-8 vardagar.
Fri frakt inom Sverige över 159 kr för privatpersoner.
Finns även som
Visa alla 1 format & utgåvor
___________________________________ A gripping Temperance Brennan novel from world-class forensic anthropologist Kathy Reichs, the international no. 1 bestselling crime thriller writer and the inspiration behind the hit TV series Bones. A plane crashes high in the mountains of North Carolina. A severed foot is discovered some distance from the crash site. Further than makes sense, in fact... Forensic anthropologist Dr Temperance Brennan is first on the scene. Her task is a sickening one, and her investigation seems to be raising more questions than answers. But when Tempe starts asking dangerous questions, her professional standing is threatened. Convinced that another corpse lies in the woods, Tempe pits herself against a conspiracy of silence - and uncovers a shocking tale of deceit and depravity. ___________________________________ Dr Kathy Reichs is a professional forensic anthropologist. She has worked for decades with chief medical examiners, the FBI, and even a United Nations Tribunal on Genocide. However, she is best known for her internationally bestselling Temperance Brennan novels, which draw on her remarkable experience to create the most vividly authentic, true-to-life crime thrillers on the market and which are the inspiration for the hit TV series Bones. ___________________________________ Many of the world's greatest thriller writers are huge fans of her work: 'Kathy Reichs writes smart - no, make that brilliant - mysteries that are as realistic as nonfiction and as fast-paced as the best thrillers about Jack Reacher, or Alex Cross.' JAMES PATTERSON 'One of my favourite writers.' KARIN SLAUGHTER 'I love Kathy Reichs? - always scary, always suspenseful, and I always learn something.' LEE CHILD 'Nobody does forensics thrillers like Kathy Reichs. She's the real deal.' DAVID BALDACCI 'Each book in Kathy Reichs's fantastic Temperance Brennan series is better than the last. They're filled with riveting twists and turns - and no matter how many books she writes, I just can't get enough!' LISA SCOTTOLINE 'Nobody writes a more imaginative thriller than Kathy Reichs.' CLIVE CUSSLER
Visa hela texten

Reichs' seamless blending of fascinating science and dead-on psychological portrayals, not to mention a whirlwind of a plot, make [her novels] a must read * Jeffery Deaver * A truly impressive writer * We Love This Book * With Kathy Reichs the reader knows they're in the hands of an expert * Sunday Express * Fatal Voyage is probably the best book Kathy Reichs has written... satisfyingly hard to unravel * Sunday Telegraph * You'll want to keep turning the pages long after lights out to find out what happens next ... Reichs' real-life expertise gives her novels an authenticity that most other crime novelists would kill for * Daily Express *

Kathy Reichs is vice president of the American Academy of Forensic Scientists; a member of the RCMP National Police Services Advisory Council; forensic anthropologist to the province of Quebec; and a professor of forensic anthropology at the University of North Carolina-Charlotte. Her first book, Deja Dead, catapulted her to fame when it became a New York Times bestseller and won the 1997 Ellis award for best first novel. She has written fifteen bestselling Temperance Brennan novels, the most recent include Bones Are Forever, Flash and Bones and 206 bones.