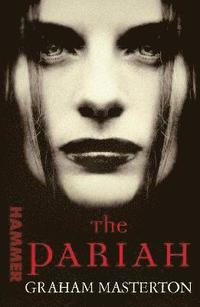 av Graham Masterton
Häftad Engelska, 2011-07-07
134
Köp
Spara som favorit
Skickas inom 5-8 vardagar.
Gratis frakt inom Sverige över 159 kr för privatpersoner.
The quaint little seaside town of Granitehead seemed like a perfect place for John and Jane Trenton to start their life together. But disaster strikes and Jane and their unborn child are killed. John's grief is total, so when he starts to see the ghostly apparition of his wife he almost welcomes this supernatural phenomenon. Yet all is not what it seems, and this sinister spirit is not Jane, but something altogether evil and terrifying. In a bid to rid himself of this horrific spectre he soon finds that many more in the town have been victims of unwanted visitations. And when he discovers the body of a local busybody, impossibly impaled on a still hanging chandelier, he knows something must be done. But how do you kill the undead? As he searches for an explanation he uncovers a link to a mysterious ship, lost around the time of the nearby Salem witch trials. For three centuries the rotting wreck of the David Dark has lain beneath waves, but an awful secret is concealed in the chill waters...
Visa hela texten

Graham Masterton is the living inheritor to the realm of Edgar Allan Poe * San Francisco Chronicle * Masterton is a crowd-pleaser, filling his pages with sparky, appealing dialogue and visceral grue * Time Out * Graham Masterton is possibly horror's most consistent provider of chills * Master of Chills * Though Masterton is capable of conjuring a spooky atmosphere and evoking chills from understated terrors, more often than not he goes for the gut, building to splattery climaxes of physical terror * Publishers Weekly * Multifaceted and fascinating * Los Angeles Times *

Graham Masterton was born in Edinburgh in 1946. After training as a newspaper reporter, Graham went on to edit the new British men's magazine Mayfair. At the age of 24, Graham was appointed executive editor of both Penthouse and Penthouse Forum magazines. Graham Masterton's debut as a horror author began with the wildly popular The Manitou in 1976. Altogether Graham has written more than a hundred novels ranging from thrillers and horror, to disaster novels and historical sagas, as well as four short story collections. He lives in Surrey, England.