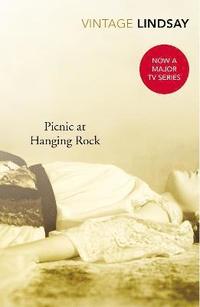 av Joan Lindsay
Häftad Engelska, 2013-02-07
99
Köp
Spara som favorit
Finns även som
Visa alla 3 format & utgåvor
Read this fantastic, atmospheric Australian thriller about the mysterious disappearance of a group of young girls. It was a cloudless summer day in the year nineteen hundred. Everyone at Appleyard College for Young Ladies agreed it was just right for a picnic at Hanging Rock. After lunch, a group of three girls climbed into the blaze of the afternoon sun, pressing on through the scrub into the shadows of Hanging Rock. Further, higher, till at last they disappeared. They never returned. Whether Picnic at Hanging Rock is fact or fiction the reader must decide for themselves. NOW A MAJOR BBC TV SERIES - STARRING NATALIE DORMER
Visa hela texten

This deliciously horrific Australian thriller, set in 1900, could be seen as an anti-picnic cautionary tale. * Observer * Written in a beautifully haunting style that drew me in. -- Esther McKay * Sun Herald (Australia) * A sinister tale...laced with touches of other-worldliness * Guardian *

Joan Lindsay was born in Melbourne, where she went to school as a day-girl for a few years at Clyde Girls Grammar, then situated in East St Kilda. Appleyard College, the setting oh her most famous novel Picnic at Hanging Rock, was to some extent based on Clyde Girls' Grammar School. From 1916 to 1919, Joan studied painting at the National Gallery of Victoria Art School, Melbourne and exhibited numerous of her watercolor and oil paintings. On Valentine's Day 1922 she married Daryl Lindsay in London. When her husband was knighted in 1956 and Joan became Lady Lindsay. The Lindsays travelled together in Europe and the USA, Daryl with his paints and Joan with her typewriter. She contributed articles, reviews and stories to various magazines and newspapers on art. She died in December 1984.