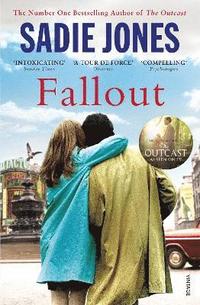 av Sadie Jones
Häftad Engelska, 2015-05-21
89
Köp
Spara som favorit
Skickas inom 5-8 vardagar.
Gratis frakt inom Sverige över 159 kr för privatpersoner.
Finns även som
Visa alla 3 format & utgåvor
The intoxicating new novel from the number one bestselling author of The Outcast London 1972. Luke is dazzled by the city. It seems a world away from the provincial town he has fled along with his own troubled past, and his new life is unrecognisable - one of friendships forged in pubs, candlelit power cuts, and smoky late-night parties. When Nina, a fragile and damaged actress, strays into his path, Luke is immediately drawn to her and the delicate balance of his new life is threatened. Unable to stay away from her, Luke is torn between loyalty, desire and his own painful past, until everything he values, even the promise of the future, is in danger... Longlisted for the IMPAC Prize
Visa hela texten

An intoxicating and immersive read... It is a fraught and compelling novel; one that replays itself uncomfortably in the mind long after it is finished -- Lucy Atkins * Sunday Times * Intense... Ms Jones is unflinching as she plots the course of fallout with no shelter, of wounded lives undone by desperation in love and art -- Carmela Ciuraru * New York Times * Written with a precision and a level of descriptive subtlety that puts her up there with our foremost novelists. I can't help but feel that if she had been born Samuel Jones she would already be considered on a par with the Barneses and McEwans of this parish... Fallout is crafted with a pared-back delicacy and attention to detail that shows an author determined to do better with every sentence. And at the same time, there is an intensity of focus, a merciless yet empathetic gaze directed towards each of the main characters that ensures we care deeply about each of them -- Elizabeth Day * Observer * Hugely enjoyable... Fallout is both deliciously gobble-able and carefully constructed... A thoroughly pleasurable read -- Holly Williams * Independent on Sunday * An intelligent, pacy tale... Every summer needs a One Day-style read; this book is a contender for that crown -- Anne Ashworth * The Times *

Sadie Jones is a novelist and screenwriter. Her first novel, The Outcast ('Devastatingly good', Daily Mail) won the Costa First Novel Award in 2008 and was shortlisted for the Orange Prize. It was also a Richard and Judy Summer Reads number one bestseller and adapted for BBC Television. Her second novel, Small Wars ('Outstanding', The Times; 'One of the best books about the English at war ever', Joel Morris), was published in 2009, and longlisted for the Orange Prize. Her third, in 2012, was The Uninvited Guests ('A shimmering comedy of manners and disturbing commentary on class... a brilliant novel', Ann Patchett) followed by Fallout in 2014 ('Intoxicating and immersive', The Sunday Times).