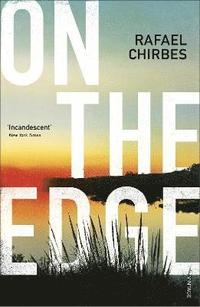 av Rafael Chirbes
Häftad Engelska, 2017-07-06
129
Köp
Spara som favorit
Finns även som
Visa alla 2 format & utgåvor
The acclaimed novel of Spain's economic crisis - a timely masterpiece. Under a weak winter sun in small-town Spain, a man discovers a rotting corpse in a marsh. It's a despairing town filled with half-finished housing developments and unemployment, a place defeated by the burst of the economic bubble. Stuck in the same town is Esteban, his small factory bankrupt, his investments gone, the sole carer to his mute, invalid father. As Esteban's disappointment and fury lead him to form a dramatic plan to reverse financial ruin, other voices float up from the wreckage. Stories of loss twist together to form a kaleidoscopic image of Spain's crisis. And the corpse in the marsh is just one. Chirbes's rhythmic, torrential style creates a Spanish masterpiece for our age.
Visa hela texten

Utterly convincing in its psychological details, but also memorable for the beauty of its writing and rhythms -- Colm Toibin A dizzying survey of the last 90 years of Spanish history... Margaret Jull Costa's incandescent translation carries along Esteban's turbulent torrent... When this book finally releases its grip, you may find your lapels sullied by grubby fingerprints you are in no rush to scrub out -- Mara Faye Lethem * New York Times * Chirbes, one of Spain's premier writers, is at his best when fully immersed, as he is in this novel. If Proust and an Old Testament prophet had collaborated to write about Spain's recession, it might have been something like the writing here - agonized, dense, full of rage, and difficult to forget * Publishers Weekly * On the Edge, Chirbes's masterpiece, arrives as a message in a bottle among all the cans, rusting appliances, and tangled tackle. The fumes of the lagoon mix with the lingering sulfur of the Atocha railway-station bombing; the Spanish economy has all but collapsed. Who, or what, is to blame? Chirbes's novel accuses everyone -- Joshua Cohen * Harper's * A moving, densely detailed portrait of people without hope * Kirkus Reviews *

Rafael Chirbes (1949-2015) wrote nine novels and received the National Prize for Literature and the Critics Prize for On the Edge. ABC named him 'the best writer of the twenty-first century in Spain'.