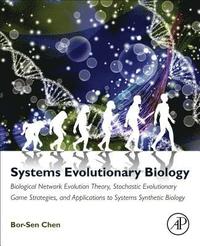 Bor-Sen Chen is currently the Tsing Hua University distinguished chair professor. He received his PhD degree in Electrical Engineering from University of Southern California in 1982. He is major at system control, signal processing and communication system. He also published about 200 SCI journal papers in two fields. He has been elected as an IEEE fellow in 2001 and became a life fellow of IEEE in 2014. In the last decade, he has published more than 70 journal papers in systems biology and bioinformatics after he had audited more than 10 courses in biology from 2010 to 2013. He has also published three books, including Synthetic Gene Network: Modelling, Analysis and Robust Design Method (CRC Press, 2014), Systems Biology: An Integrated Platform for Bioinformatics, Synthetic Biology and Systems Metabolic Engineering (NOVA Science Publisher, 2014), and H Robust Design and Its Application to Control, Signal Processing, Communication, Systems and Synthetic Biology (NOVA Science Publisher, 2015). Professor Chen has been a member of Editorial Board of several international journals, including BMC Systems Biology (2010-2015).