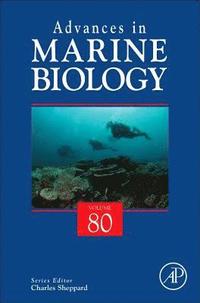 Professor Charles Sheppard holds a half-time position of Professor in the School of Life Sciences at The University of Warwick, UK. The remainder of his time he works for a range of UN , Governmental and aid agencies in tropical marine and coastal development issues. He advises several governments on marine and coastal management and science, including the UK Government on its tropical Overseas Territories. He has organised and led the scientific input to the 2010 creation of the world's largest fully protected marine researce, in the Chagos archipelago, Indian Ocean, where a lot of his research has been focussed. The other main geographical area of research is the Arabian region. PhD University of Durham 1976.

Chapters in this volume to include: Parasites and Pathogens in Seabirds: effects and wider ecological implications - Jennifer Provencher Progress in Marine Genomics and Bioinformatics - Bry Wilson Coral communities and drivers of their distribution on the high-latitude coral reefs of South Africa - Mike Schleyer