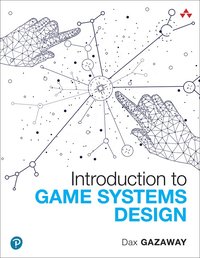 av Dax Gazaway
Häftad Engelska, 2021-10-04
439
Köp
Spara som favorit
As games grow more complex and gamers' expectations soar, the discipline of game systems design becomes ever more important. Game systems designers plan a game's rules and balance, its characters' attributes, most of its data, and how its AI, weapons, and objects work and interact. Introduction to Game Systems Design is the first complete beginner's guide to this crucial discipline. Writing for all aspiring game professionals, even those with absolutely no experience, leading game designer and instructor Dax Gazaway presents a step-by-step, hands-on approach to designing game systems with industry-standard tools. Drawing on his experience building AAA-level game systems (including games in the Star Wars and Marvel franchises), Gazaway covers all this, and more: Exploring the essentials of game design and its emerging subdisciplines Asking the essential questions at the heart of all design Getting started with modern game system design tools, including the spreadsheets most professionals now use Creating systems and data from a blank page Populating and quantifying a world of data into a game Tuning and balancing game systems Testing game systems and data Leveraging communication, psychology, and rewards within your games Balancing game probability within systems Whether you're a college freshman entering a game design program, an indie developer using Unreal or Unity, a Dungeon Master, or anyone who wants to really understand modern games, this guide will help you get where you want to go.
Visa hela texten