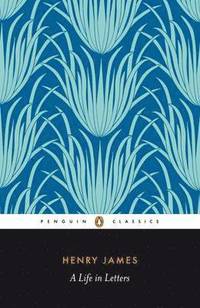 A Life in Letters

av James Henry, Philip Horne, Philip Horne
Häftad Engelska, 2001-01-01
236
Köp
Spara som favorit
Finns även som
Visa alla 1 format & utgåvor
James's correspondents included presidents and prime ministers, painters and great ladies, actresses and bishops, and the writers Robert Louis Stevenson, H.G. Wells and Edith Wharton. This fully-annotated selection from James's eloquent correspondence allows the writer to reveal himself and the fascinating world in which he lived. The letters provide a rich and fascinating source for James' views on his own works, on the literary craft, on sex, politics and friendship. Together they constitute, in Philip Horne's own words, James' 'real and best biography'.
Visa hela texten

Henry James, author of such classics of fiction as A PORTRAIT OF A LADY and THE WINGS OF THE DOVE, remains one of America's greatest and most influential writers. Born in 1843 in New York, he moved to Britain in 1876 and became a naturalized citizena year before his death in 1916. Philip Horne is a Reader in English at University College London.