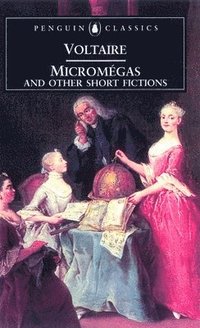 Micromegas and Other Short Fictions

Francois Marie Arouet de Voltaire (1694-1778) was the universal genius of the Enlightenment. In his early career he was briefly committed to the Bastille for his satires and later exiled to England. His most characteristic works are philosophical tales, of which Candide (1759) is the most famous. Theo Cuffe (translator) is also the translator of Penguin Classics' forthcoming edition of Candide. Haydn Mason (introduction and notes) is Professor of French at Bristol University.