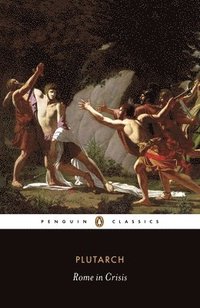 PLUTARCH (c. 50 - c. 120 AD) was a Greek writer and thinker. He received the best possible education in rhetoric and philosophy, and travelled to Asia Minor and Egypt. Later, a series of visits to Rome and Italy contributed to his fame, and it was said that he had received official recognition by the emperors Trajan and Hadrian. His voluminous surviving writings are broadly divided into the 'moral' works and the Lives of outstanding Greek and Roman leaders. IAN SCOTT-KILVERTwas Director of English Literature at the British Council and Editor of Writers and Their Works. For the Penguin Classics, he translated Plutarch's Makers of Rome, The Rise and Fall of Athens: Nine Greek Lives and The Age of Alexander, and Cassius Dio's The Roman History. He died in 1989. CHRISTOPHER PELLING is Regius Professor of Greek at Oxford University. He published a commentary on Plutarch's Life of Antony in 1988 (Cambridge University Press) and most of his articles on Plutarch are collected in his Plutarch and History (Classical Press of Wales and Duckworth, 2002).