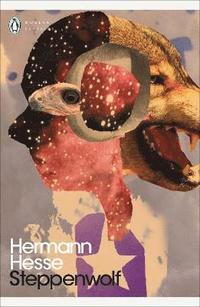 av Hermann Hesse
(1 röst)
Häftad Engelska, 2012-04-05
110
Köp
Spara som favorit
Finns även som
Visa alla 4 format & utgåvor
A modernist work of profound wisdom that continues to enthral readers with its subtle blend of Eastern mysticism and Western culture, the Penguin Modern Classics edition of Hermann Hesse's Steppenwolf is revised by Walter Sorell from the original translation by Basil Creighton. At first sight Harry Haller seems a respectable, educated man. In reality he is the Steppenwolf: wild, strange, alienated from society and repulsed by the modern age. But as he is drawn into a series of dreamlike and sometimes savage encounters - accompanied by, among others, Mozart, Goethe and the bewitching Hermione - the misanthropic Haller discovers a higher truth, and the possibility of happiness. This blistering portrayal of a man who feels himself to be half-human and half-wolf was the bible of the 1960s counterculture, capturing the mood of a disaffected generation, and remains a haunting story of estrangement and redemption. Herman Hesse (1877 - 1962) suffered from depression and weathered series of personal crises which led him to undergo psychoanalysis with J. B. Lang; a process which resulted in Demian (1919), a novel whose main character is torn between the orderliness of bourgeois existence and the turbulent and enticing world of sensual experience. This dichotomy is prominent in Hesse's subsequent novels, including Siddhartha (1922), Steppenwolf (1927), Narcissus and Goldmund (1930) and his magnum opus, The Glass Bead Game (1943). Hesse was awarded the Nobel Prize for Literature in 1946. If you enjoyed Steppenwolf, you might like Hesse's Siddhartha, also available in Penguin Classics. 'A savage indictment of bourgeois society ... the gripping and fascinating story of disease in a man's soul' The New York Times
Visa hela texten

Herman Hesse was born in southern Germany in 1877. Hesse concentrated on writing poetry as a young man, but his first successful book was a novel, Peter Camenzind (1904). During the war, Hesse was actively involved in relief efforts. Depression, criticism for his pacifist views, and a series of personal crises led Hesse to undergo psychoanalysis with J. B. Lang. Out of these years came Demian (1919), a novel whose main character is torn between the orderliness of bourgeois existence and the turbulent and enticing world of sensual experience. This dichotomy is prominent in Hesse's subsequent novels, including Siddhartha (1922), Steppenwolf (1927), and Narcissus and Goldmund (1930). Hesse worked on his magnum opus, The Glass Bead Game (1943), for twelve years. This novel was specifically cited when he was awarded the Nobel Prize for Literature in 1946. Hesse died at his home in Switzerland in 1962.