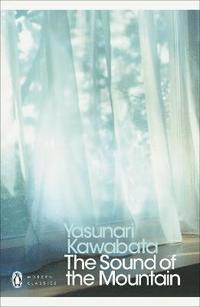 The Sound of the Mountain

av Yasunari Kawabata
(1 röst)
Häftad Engelska, 2011-01-06
112
Köp
Spara som favorit
Finns även som
Visa alla 1 format & utgåvor
Ogata Shingo is growing old, and his memory is failing him. At night he hears only the sound of death in the distant rumble from the mountain. The relationships which have previously defined his life - with his son, his wife, and his attractive daughter-in-law - are dissolving, and Shingo is caught between love and destruction. Lyrical and precise, The Sound of the Mountain explores in immaculately crafted prose the changing roles of love and the truth we face in ageing.
Visa hela texten

Yasunari Kawabata was born near Osaka in 1899 and was orphaned at the age of two. His first stories were published while he was still in high school and he decided to become a writer. He graduated from Tokyo Imperial University in 1924 and a year later made his first impact on Japanese letters with Izu Dancer. He soon became a leading figure the lyrical school that offered the chief challenge to the proletarian literature of the late 1920s. His writings combine the two forms of the novel and the haiku poems, which within restrictions of a rigid metre achieves a startling beauty by its juxtaposition of opposite and incongruous terms. Snow Country (1956) and Thousand Cranes (1959) brought him international recognition. Kawabata died by his own hand, on April 16 1972. The Sound of the Mountain is translated from the Japanese by Edward G. Seidensticker (1921-2007), who was a prominent scholar of Japanese literature.