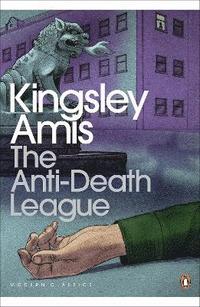 av Kingsley Amis
Häftad Engelska, 2012-06-07
119
Köp
Spara som favorit
Finns även som
Visa alla 2 format & utgåvor
In this surreal comedy of soldiers and spies, Lieutenant James Churchill and his colleagues find themselves questioning their purpose. Are they for death or against it? These men of action will travel between the barracks, the lunatic asylum and the house of an aristocratic nymphomaniac in search of answers. For while few know the awful truth about Operation Apollo, the mission they are being trained for, fewer still understand the motives of the powerful psychiatrist Dr Best, who thinks he is surrounded by repressed homosexuals, and none know the identity of the secret agent among them. When the Anti-Death League is founded they are at last offered the chance to rebel and perhaps escape ...
Visa hela texten

To have said so much about the human condition with such lightness of touch ... is an extraordinary achievement * Sunday Telegraph * Amis amazes at every turn * The Times *

Kingsley Amis's (1922-95) works take a humorous yet highly critical look at British society, especially in the period following the end of World War II. Born in London, Amis explored his disillusionment in novels such as That Uncertain Feeling (1955). His other works include The Green Man (1970), Stanley and the Women (1984), and The Old Devils (1986), which won the Booker Prize. Amis also wrote poetry, criticism, and short stories.