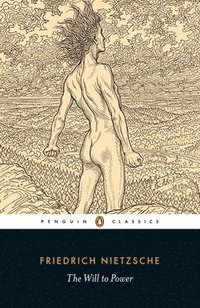 The Will to Power

av Friedrich Nietzsche, R Kevin Hill
(1 röst)
Häftad Engelska, 2017-01-26
124
Köp
Spara som favorit
Finns även som
Visa alla 8 format & utgåvor
'This world is the will to power - and nothing besides!' One of the great minds of modernity, Friedrich Nietzsche smashed through the beliefs of his age. These writings, which did much to establish his reputation as a philosopher, offer some of his most powerful and troubling thoughts: on how the values of a new, aggressive elite will save a nihilistic, mediocre Europe, and, most famously, on the 'will to power' - ideas that were seized upon and twisted by later readers. Taken from Nietzsche's unpublished notebooks and assembled by his sister after his death, The Will to Power now appears with previous errors corrected. Translated by R. Kevin Hill and Michael A. Scarpitti with an Introduction and Notes by R. Kevin Hill
Visa hela texten

Friedrich Nietzsche (Author) Friedrich Nietzsche was born near Leipzig in 1844. When he was only twenty-four he was appointed to the chair of classical philology at Basel University. Works published in the 1880s include The Gay Science, Thus Spoke Zarathustra, Beyond Good and Evil, On the Genealogy of Morals, Twilight of the Idols and The Antichrist. In January 1889, Nietzsche collapsed on a street in Turin and was subsequently institutionalized, spending the rest of his life in a condition of mental and physical paralysis. Works published after his death in 1900 include Will to Power, based on his notebooks, and Ecce Homo, his autobiography. Michael A. Scarpitti (Translator) Michael A. Scarpitti has translated Nietzsche's The Genealogy of Morals for Penguin Classics. R. Kevin Hill (Translator) R. Kevin Hill is Associate Professor of Philosophy at Portland State University and the author of Nietzsche's Critiques: The Kantian Foundations of His Thought (2003) and Nietzsche: A Guide for the Perplexed (2007).