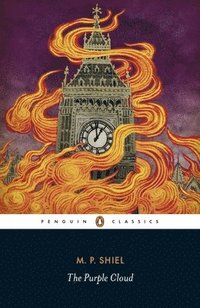 M. P. Shiel (1865-1947) was born in Montserrat in the West Indies. At the age of fifteen he was crowned by his father 'King Felipe of Redonda', Redonda being a rocky islet in the Caribbean. In 1885, Shiel came to England and from 1895 onwards, he earned his living through writing, specializing in wildly imaginative science fiction with a sideline in detective novels. He had a tumultuous private life, fathering several children by different women, and in 1914 he was sentenced to sixteen months in Wormwood Scrubs for 'indecently assaulting and carnally knowing' his partner's twelve-year-old daughter. In his old age, he settled in a cottage in Sussex and became increasingly preoccupied with religious themes. Shiel died in 1947, and is today chiefly remembered for his novel The Purple Cloud (1901). John Sutherland is emeritus Lord Northcliffe Professor of Modern English Literature at University College London. He has edited numerous titles for Penguin Classics and is the author of many works of literary criticism, biography and memoir.