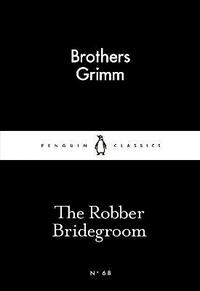 av Bruder Grimm
Häftad Engelska, 2015-02-25
25
Köp
Spara som favorit
Skickas inom 7-10 vardagar.
Fri frakt inom Sverige över 159 kr för privatpersoner.
'Then she began to run, and she ran over the sharp stones and through the thorns, and the wild animals bounded past her ...' Four weird, dark and enchanting fairy-tales from the Brothers Grimm. Introducing Little Black Classics: 80 books for Penguin's 80th birthday. Little Black Classics celebrate the huge range and diversity of Penguin Classics, with books from around the world and across many centuries. They take us from a balloon ride over Victorian London to a garden of blossom in Japan, from Tierra del Fuego to 16th-century California and the Russian steppe. Here are stories lyrical and savage; poems epic and intimate; essays satirical and inspirational; and ideas that have shaped the lives of millions. Jacob Ludwig Karl (1785-1863) and Wilhelm Karl (1786-1859) are the Brothers Grimm. Their Selected Tales are also available in Penguin Classics.
Visa hela texten

Jacob Ludwig Carol Grimm (1785-1863) and Wilhelm Carl Grimm (1786-1859), universally known as 'the brothers Grimm', were born in the German state of Hesse. Their ambition was to collect traditional tales in order to preserve Germany's heritage. They published two volumes in 1812 and 1814 which include some of the best-known fairy tales of all time, such as 'Tom Thumb' and 'The Elves and the Shoemaker'.