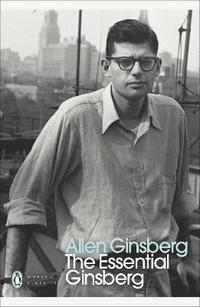 av Allen Ginsberg
Häftad Engelska, 2015-05-26
158
Köp
Spara som favorit
Skickas inom 5-8 vardagar.
Gratis frakt inom Sverige över 159 kr för privatpersoner.
Finns även som
Visa alla 3 format & utgåvor
Visionary poet Allen Ginsberg was one of the most influential cultural and literary figures of the 20th century, his face and political causes familiar to millions who had never even read his poetry. And yet he is a figure that remains little understood, especially how a troubled young man became one of the intellectual and artistic giants of the postwar era. He never published an autobiography or memoirs, believing that his body of work should suffice. The Essential Ginsberg attempts a more intimate and rounded portrait of this iconic poet by bringing together for the first time his most memorable poetry but also journals, music, photographs and letters, much of it never before published.
Visa hela texten

Allen Ginsberg (1926-1997) was an American poet, best known for his iconic Howl, one of the most widely read and translated poems of the century, for celebrating his friends of the Beat Generation and for attacking what he saw as the destructive forces of materialism and conformity in the United States at the time. He was inducted into the American Academy of Arts and Letters, was awarded the medal of Chevalier de l'Ordre des Arts et des Lettres by the French Minister of Culture, and won the National Book Award for The Fall of America.