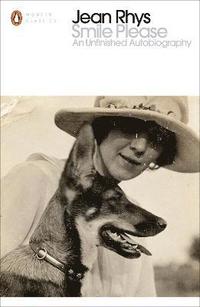 av Jean Rhys
(1 röst)  |  Läs 1 recension
Häftad Engelska, 2016-11-03
119
Köp
Spara som favorit
Skickas inom 5-8 vardagar.
Gratis frakt inom Sverige över 159 kr för privatpersoner.
Finns även som
Visa alla 1 format & utgåvor
A brilliant companion piece to Wide Sargasso Sea, this is Jean Rhys's beautifully written, bitter-sweet autobiography, covering her chequered early years in Dominica, England and Paris. Jean Rhys wrote this autobiography in her old age, now the celebrated author of Wide Sargasso Sea but still haunted by memories of her troubled past: her precarious jobs on chorus lines and relationships with unsuitable men, her enduring sense of isolation and her decision at last to become a writer. From the early days on Dominica to the bleak time in England, living in bedsits on gin and little else, to Paris with her first husband, this is a lasting memorial to a unique artist. Includes an introduction by Diana Athill.
Visa hela texten

Jean Rhys was born in Dominica in 1894. After arriving in England aged sixteen, she became a chorus girl and drifted between different jobs before moving to Paris, where she started to write in the late 1920s. She published a story collection and four novels, after which she disappeared from view and lived reclusively for many years. In 1966 she made a sensational comeback with her masterpiece, Wide Sargasso Sea, written in difficult circumstances over a long period. Rhys died in 1979.