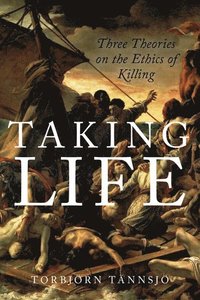 Three Theories on the Ethics of Killing

Anneli Jefferson, Ethical Theory and Moral Practice What this book does do admirably is give a demonstration of the process of trying to reconcile one's moral intuitions with what one has come to think as the overall best normative theory.


Charlotte A. Newey, Notre Dame Philosophical Reviews Online Tnnsj clearly details the salient aspects of each theory. He provides interesting discussions of topics such as the Doctrine of Double Effect, the Principle of Proportionality, together with a useful introduction to Just War Theory. The concise explanation of each dilemma and the practical application of the three theories repeatedly throughout the book appeals, since many students struggle to apply theories to cases and the rigorous repeated application
of the three theories could be very instructive. I also enjoyed rethinking familiar ethical dilemmas from a different perspective...


Jeff McMahan, White's Professor of Moral Philosophy, University of Oxford In this splendidly engaging book, Torbjrn Tnnsj surveys a range of moral problems of killing such as capital punishment, euthanasia, abortion, war, and the killing of animals through the lenses of three moral theories: deontology, rights theory, and utilitarianism. His main aim is to find the true theory by testing the three candidates' implications against considered intuitions about the problems (and a provisional winner does emerge). But
he also aims to reach the truth about the problems. These are ambitious aims but Tnnsj makes impressive progress, which the reader can follow without difficulty, as the writing is lucid and accessible throughout.