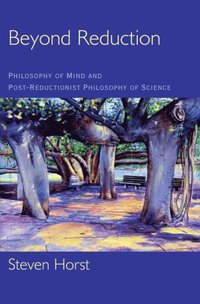 av Steven Horst
E-bok (EPUB - DRM), Engelska, 2007-08-30
319
Ladda ned
Spara som favorit
Laddas ned direkt
Läs i vår app för iPhone, iPad och Android
Finns även som
Visa alla 3 format & utgåvor
Contemporary philosophers of mind tend to assume that the world of nature can be reduced to basic physics. Yet there are features of the mind consciousness, intentionality, normativity that do not seem to be reducible to physics or neuroscience. This explanatory gap between mind and brain has thus been a major cause of concern in recent philosophy of mind. Reductionists hold that, despite all appearances, the mind can be reduced to the brain. Eliminativists hold that it cannot, and that this implies that there is something illegitimate about the mentalistic vocabulary. Dualists hold that the mental is irreducible, and that this implies either a substance or a property dualism. Mysterian non-reductive physicalists hold that the mind is uniquely irreducible, perhaps due to some limitation of our self-understanding. In this book, Steven Horst argues that this whole conversation is based on assumptions left over from an outdated philosophy of science. While reductionism was part of the philosophical orthodoxy fifty years ago, it has been decisively rejected by philosophers of science over the past thirty years, and for good reason. True reductions are in fact exceedingly rare in the sciences, and the conviction that they were there to be found was an artifact of armchair assumptions of 17th century Rationalists and 20th century Logical Empiricists. The explanatory gaps between mind and brain are far from unique. In fact, in the sciences it is gaps all the way down.And if reductions are rare in even the physical sciences, there is little reason to expect them in the case of psychology. Horst argues that this calls for a complete re-thinking of the contemporary problematic in philosophy of mind. Reductionism, dualism, eliminativism and non-reductive materialism are each severely compromised by post-reductionist philosophy of science, and philosophy of mind is in need of a new paradigm. Horst suggests that such a paradigm might be found in Cognitive Pluralism: the view that human cognitive architecture constrains us to understand the world through a plurality of partial, idealized, and pragmatically-constrained models, each employing a particular representational system optimized for its own problem domain. Such an architecture can explain the disunities of knowledge, and is plausible on evolutionary grounds.
Visa hela texten