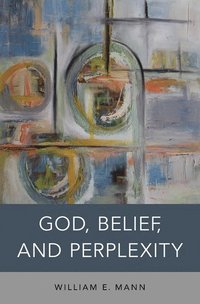 Ashley Dressel, Notre Dame Philosophical Reviews Ultimately, Mann's volume is a philosophically stimulating collection, and his emphasis on perplexity throughout serves as a welcome reminder that the questions we raise can be as consequential as the ones we manage to answer.

William E. Mann received his Ph.D. in Philosophy from the University of Minnesota. Having previously taught at St. Olaf College and Illinois State University, he has been a professor in the University of Vermont's Department of Philosophy since 1974, retiring as Marsh Professor of Intellectual and Moral Philosophy in 2010. His areas of specialization include the philosophy of religion, ancient philosophy and medieval philosophy. He also has interests in logic, the philosophy of logic, ethics and metaphysics. Professor Mann's most recent published work includes essays on the interpretation of Augustine and various medieval philosophers and a series of essays in philosophical theology.

Permissions Introduction Section I: Augustine 1. The Philosopher in the Crib 2. The Theft of the Pears 3. Pride and Preference: A Reply to MacDonald 4. The Life of the Mind in Dramas and Dreams 5. Augustine on Evil and Original Sin 6. Inner-Life Ethics 7. To Catch a Heretic: Augustine on Lying 8. Perplexity and Mystery Section II: Abelard 9. Abelard's Ethics: The Inside Story Section III: Anselm 10. Definite Descriptions and the Ontological Argument 11. The Ontological Presuppositions of the Ontological Argument 12. The Perfect Island 13. Locating the Lost Island 14. Anselm on the Trinity Index