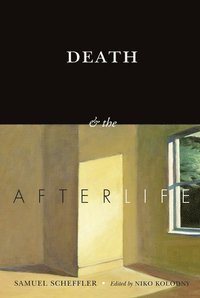 Death and the Afterlife

av Samuel Scheffler
Häftad Engelska, 2016-09-29
246
Köp
Spara som favorit
Finns även som
Visa alla 2 format & utgåvor
We normally take it for granted that other people will live on after we ourselves have died. Even if we do not believe in a personal afterlife in which we survive our own deaths, we assume that there will be a "collective afterlife" in which humanity survives long after we are gone.
Visa hela texten

Analysis ...combined with Scheffler's eminently readable (and often humourous!) prose style, and the insightful and provocative exchanges that he has with his similarly-distinguished interlocutors, propels Death and the Afterlife into that rare class of philosophical books that are both valuable and enjoyable."

Thomas Nagel, New York Review of Books With its careful arguments, counterarguments, and comparative evaluation of alternative hypotheses, this book is a superb example of the application of analytic philosophy to a subject that is of fundamental concern to everyone, not only to academic philosophers. Scheffler has opened up a new range of questions about life and death."

Publishers Weekly Thinking about the end of humanity provides insights into what we value, and why we value it...an insightful look at what death means to us."

Mark Johnston, Boston Review
[Scheffler's] wonderful Tanner Lectures, recently published as Death and the Afterlife, attempt to extract several striking lessons from our supposed reaction to the doomsday scenario....One of the many gems embedded in Scheffler's lectures is a nicely observed contrast between our sense of catastrophic horror in the face of the doomsday and infertility scenarios, and our relative calm in the face of the fact that everyone now living will one day be dead."

indeed it seems to me about as good as analytic philosophy gets. It is entirely free from obfuscating jargon and other tiresome tricks of the trade, yet it is meticulously argued and demanding in exactly the right way Scheffler has produced a superb essay


Harry Frankfurt, Princeton University, from "How the Afterlife Matters" (in this volume) [Scheffler's] discussion of the issues with which he has concerned himself is fresh and original. Moreover, so far as I am aware, those issues are themselves pretty much original with him. He seems really to have raised, within a rigorously philosophical context, some new questions. At least, so far as I know, no one before has attempted to deal with those questions so systematically. So it appears that he has effectively opened up a new and promising field of
philosophical inquiry. Not bad going, in a discipline to which many of the very best minds have already devoted themselves for close to three thousand years.


Stephen Darwall, Yale University This is some of the most interesting and best-written philosophy I have read in a long time. Scheffler's book is utterly original in its fundamental conception, brilliant in its analysis and argument, and concise and at times beautiful in its formulation.

Samuel Scheffler is University Professor in the Department of Philosophy at New York University. He is the author of Human Morality, Boundaries and Allegiances, and Equality and Tradition. He is a Fellow of the American Academy of Arts and Sciences. In 2012, he delivered the prestigious Tanner Lectures on Human Values at Berkeley, on which this book is based.