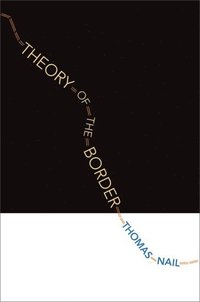 Theory of the Border

Sandro Mezzadra, co-author of Border as Method, or, the Multiplication of Labor Is there really a contradiction between globalization and the multiplication of borders around us? In this powerful and original book Thomas Nail effectively demonstrates that this is not the case. Focusing on heterogeneous devices of social division he provides a fascinating genealogy of the border and a compelling theoretical framework for understanding both its contemporary manifestations and the intensity of the tensions, conflicts, and struggles that surround
them.


Claire Colebrook, Edwin Erle Sparks Professor of English, The Pennsylvania State University Following on from his ground-breaking work on the figure of the migrant, Thomas Nails Theory of the Border is at once a meticulous account of the intense and intensely difficult problems of borders that have marked the twenty-first century, at the same time as it transforms how one might think about theory. Rather than simply theorizing borders, the condition of the border generates a new mode of theory in which bounded identities (of persons, nations and
territories) are both necessary and impossible. This is not merely an inter-disciplinary work that combines philosophy, politics, social theory and cultural theory; it is a lucid study that transforms the borders of the disciplines with which it engages.

Bloggat om Theory of the Border

Thomas Nail is Associate Professor of Philosophy at the University of Denver.