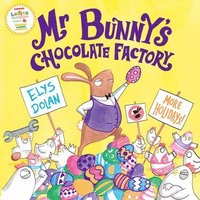 TES.com Praise for Steven Seagull Action Hero:
The 10 best children's books of 2016 - as chosen by children

Lancashire Evening Post A feast of giggles for every generation

Elys grew up in a part of Sussex that consists almost entirely of trees and cows and she was named after a department store in Wimbledon. She's never let either of these things hold her back and Elys graduated with distinction from the MA in Children's Book Illustration at the Cambridge School of Art. Elys has since written and illustrated several hilarious picture books, including 'Weasels' (Nosy Crow), 'The Clockwork Dragon' , written by Jonathan Emmett and 'Steven Seagull Action Hero' (both OUP). Still a new kid on the block, Elys has already been shortlisted for The Roald Dahl Funny Prize, shortlisted for the Waterstones Children's Book Prize, and nominated for the Kate Greenaway Medal!