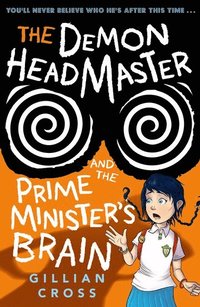 The Demon Headmaster and the Prime Minister's Brain

av Gillian Cross
Häftad Engelska, 2017-08-03
75
Köp
Spara som favorit
Skickas inom 5-8 vardagar.
Fri frakt inom Sverige över 159 kr för privatpersoner.
Finns även som
Visa alla 1 format & utgåvor
The Junior Computer Brain of the Year competition is sending ripples of excitement through the school and when Dinah makes it to the final, she's over the moon. But too late she realizes that she's being used to access the private computer of the Prime Minister . . . the daring new target of the Demon Headmaster!
Visa hela texten

Daily Telegraph Gillian Cross is one of the best children's novelists today and her stories of the Demon Headmaster are both fun and quite frightening.

Junior Education This is a fast-moving story for younger children, but thought-provoking for older ones.

Gillian Cross has been writing children's books for over thirty years. Before that, she took English degrees at Oxford and Sussex Universities, and she has had various jobs including working in a village bakery and being an assistant to a Member of Parliament. She is married with four children and lives in Dorset. Her hobbies include orienteering and playing the piano. She won the Carnegie Medal for Wolf and the Smarties Prize and the Whitbread Children's Novel Award for The Great Elephant Chase.