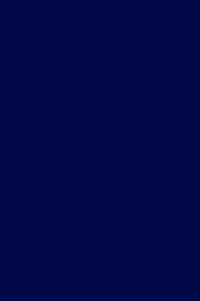 av Don Dewees, David Duff, Michael Trebilcock
E-bok (PDF - DRM), Engelska, 1996-01-04
1329
Ladda ned
Spara som favorit
Laddas ned direkt
Läs i vår app för iPhone och iPad
Finns även som
Visa alla 1 format & utgåvor
In the mid 1980s, there was a crisis in the availability, affordability, and adequacy of liability insurance in the United States and Canada. Mass tort claims such as the asbestos, DES, and Agent Orange litigation generated widespread public attention, and the tort system came to assume a heightened prominence in American life. While some scholars debate whether or not any such crisis still exists, there has been an increasing political, judicial and academic questioning of the goals and future of the tort system. Exploring the Domain of Tort Law reviews the evidence on the efficacy of the tort system and its alternatives. By looking at empirical evidence in five major categories of accidents--automobile, medical malpractice, product-related accidents, environmental injuries, and workplace injuries--the authors evaluate the degree to which the tort system conforms to three normative goals: deterrence, corrective justice, and distributive justice. In each case, the authors review the deterrence and compensatory properties of the tort system, and then review parallel bodies of evidence on regulatory, penal, and compensatory alternatives. Most of the academic literature on the tort system has traditionally been doctrinal or, in recent years, highly theoretical. Very little of this literature provides an in-depth consideration of how the system works, and whether or not there are any feasible alternatives. Exploring the Domain of Tort Law contributes valuable new evidence to the tort law reform debate. It will be of interest to academic lawyers and economists, policy analysts, policy professionals in government and research organizations, and all those affected by tort law reform.
Visa hela texten