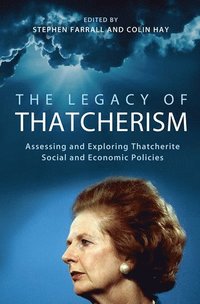 The Legacy of Thatcherism

Leanne-Marie Cotter, Political Studies Review Among the wealth of literature on Thatcher and Thatcherism, this book deserves to be seen as a major contribution to the field. An accessible, well-written, informative and refreshing perspective, this text is an engaging must-read for British politics academics and students, as well as those with a general interest in the area.

Bloggat om The Legacy of Thatcherism