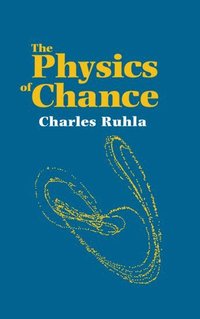 The Physics of Chance

From Blaise Pascal to Niels Bohr

av Charles Ruhla
Inbunden Engelska, 1992-11-01
789
Köp
Spara som favorit
Skickas inom 5-8 vardagar.
Fri frakt inom Sverige för privatpersoner.
The author shows how the laws of probability and statistics were developed by such mathematicians as Fermat, Pascal, and Gauss, and how they received their first major application in physics in the kinetic theory of gases developed by Maxwell and Boltzmann. Soon the mathematician and physicist Poincare demonstrated the unpredictability of certain systems containing only a small number of bodies, because of extreme sensitivity to initial conditions. He thus became a
founder of chaos theory. With the advent of quantum theory, physics seemed to be based on an essential randomness, whose reality was debated by Bohr and Einstein till the end of their lives.
Visa hela texten

'He has a clear and lively style, and the text is excellently translated from the original French.'
Sir Brian Pippard, University of Cambridge, Nature

'it is an interesting book that addresses one of the most important philosophical questions around.'
Tania Montero, Royal Holloway College, New Scientist, September 1993

'This is an excellent monograph covering all aspects of physics which are influenced by probability ... very readable and interesting, and also useful to practising physicists - particularly those involved in teaching physics.'
John Bell, University of Technology, Sydney, Australian & New Zealand Physicist, Volume 30, Number 7, July 1993

'Charles Ruhla has written a splendid book ... which the new students of such things will find accessible and entertaining. This is a lovely book which will stimulate the imagination of any reader, whether a freshman student or a lecturer quarrying the text for ideas for courses. I strongly recommend it.'
Professor P.L. Knight, Imperial College, London,. Contemporary Physics, 1993, volume 34, number 3

Bloggat om The Physics of Chance

The children of Democritus (prediction in science); The laws of chaos (the theory of probability); Gaussian deviations (the theory of physical measurements); Maxwell, or probabilities as a matter of ignorance; Boltzmann, or probabilities as a matter of conviction (statistical physics); Poincare, or deterministic chaos (sensitivity to initial conditions); Bohr, or chance unavoidable (quantum mechanics); Inseparable photons (the EPR paradox); Conclusions (how chance
does yeoman's service); Bibliography; Index.