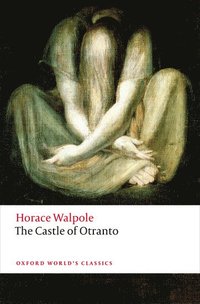 The Castle of Otranto

Horace Walpole, the 4th Earl of Orford (24 September 1717 - 2 March 1797) was an English art historian, writer, antiquarian and Whig politician. Nick Groom has published widely for both academic and popular readerships, with particular interest in questions of authenticity and the emergence of national and regional identity. His books include The Gothic (2012) for the Very Short Introductions series, The Union Jack: the Story of the BritishFlag (Atlantic, 2006), and The Seasons: an Elegy for the Passing of the Year (Atlantic, 2013).