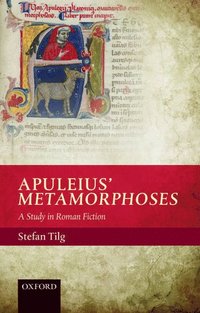 A Study in Roman Fiction

Ellen Finkelpearl, Hermathena Tilg has written a perceptive and valuable book ... he has also put forward new and intriguing suggestions about the relationship of Apuleius' novel to its Greek source and brought new texts to bear in the consideration of the book as a philosophical novel.

Stefan Tilg received his PhD in Classics in Innsbruck, Austria (2003). He was Assistant to the chair of Latin at the University of Bern (2003-2006). Various scholarships brought him to Corpus Christi College, Oxford, the Centre for Hellenic Studies in Washington D.C., and the Klassisch-Philologisches Seminar of the University of Zurich (2006-2010). Currently he is the Director of the Ludwig Boltzmann Institute for Neo-Latin Literature in Innsbruck and Privatdozent at the University of Zurich. His main research topics have been the ancient novel and Neo-Latin drama. He is the author of Chariton of Aphrodisias and the Invention of the Greek Love Novel (OUP 2010).

Preface ; Abbreviations ; Note to the Reader ; 1. The Model: Religious Metamorphoseis? ; 2. The Prologue: Loukios Goes to Rome ; 3. A Poetics in Tales: Milesian, Neoteric, Odyssean ; 4. A Philosophical Novel: Platonic Fiction ; 5. The Isis Book: Serious Entertainment ; 6. The Epilogue: Autobiography and Author's Biography ; 7. Is This the End? Closure and Playfulness in the Last Sentence ; 8. Summary ; References ; Index