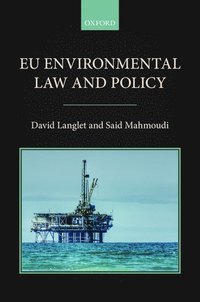 David Langlet is Professor of Ocean Governance Law at the School of Business, Economics, and Law, University of Gothenburg. He was previously a Research Fellow at Christ Church College and the University of Oxford and a Senior Lecturer in Environmental Law at the Faculty of Law Stockholm University. Said Mahmoudi is Professor of International Law at Stockholm University. He is also an arbitrator nominated by the Swedish Government according to Article 2 of Annex VII to the 1982 UN Convention on the Law of the Sea. He formerly served as a diplomat at the Iranian Embassy in Stockholm and was Dean of the Faculty of Law at Stockholm University from 2009 to 2011. His main research areas include law of the sea, international environmental law, EU environmental law, and international organization.