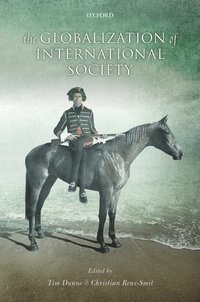 The Globalization of International Society

Glenda Sluga, Professor of International History, University of Sydney International historians and IR scholars do not always see eye to eye. In this agenda-setting collection of essays, Dunne and Reus-Smit have done an inspired job of bringing these separate disciplinary conversations into dialogue, with the global reframing of Hedley Bull and Adam Watson's seminal volume, The Expansion of International Society, as their point of contact. The result is a volume that recovers the intersecting pasts of globalisation and international
society, and posits a richer genealogy for understanding the origins and nature and future of international society as an idea and a process. The Globalisation of International Society reminds us why the long history and politics of the relationships between states matters.


Peter J. Katzenstein, Walter S. Carpenter Jr. Professor of International Studies Cornell University This book succeeds in the impossible. It is encyclopedic and coherent; deeply historicized and radically contemporary; highly critical of Bull and Watson's seminal contribution and deeply respectful. I hope it will become required reading in graduate seminars all over the world so that its ecumenical outlook can shape the views of the next generation of scholars.


Amitav Acharya, American University, Washington DC, and Past President of the International Studies Association (ISA) A compelling volume that takes us far beyond the traditional Euro-American framing of IR. Invaluable for making sense of its major theoretical challenges, the book also captures the diversity and complexity of the rapidly changing discipline towards a Global IR.


A.C. McKeil, London School of Economics This book is rich with empirical insights developed from its careful conceptual and theoretical correctives. In particular, these correctives enable fruitful revisiting of questions about the diverse sources and potential futures of international society.