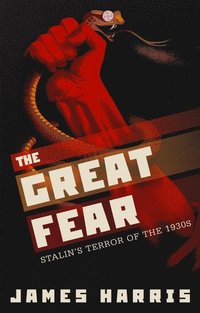 Robert W. Thurston, Journal of Modern History Harris does an admirable job of bringing the major fears and concerns of the Soviet leadership into focus, from the rise of Nazi Germany to Japan's incursions deep into China to resentment of the regime among peasants.


William J. Chase, The Russian Review One can only applaud him [Harris] for tackling the most vexing and morally charged issues in Soviet history, and for doing so in a crisply, succinctly written volume ... A brief review such as this cannot do justice to Harris's nuanced argument and careful use of sources. The volume is not only a valuable contribution to the literature but also a book that, because of its coverage and readability, will work well in undergraduate classes.


Arch Getty, History [a] well-researched and tightly argued study ... [Harris] has produced the most important book we have on the origins of the great purges. But in the process he has done more than that. The chapters tracing the story up to the perfect storm of 1937 are in themselves a very attractive general survey of the first two decades of Soviet history. This clearly written book will be required reading for specialists in the field; general readers will find it useful as a
compact survey of the state of the field.


Kaggsy's Bookish Ramblings blog The Great Fear presents a nuanced reading of history drawing on a number of primary sources; its strength is to see the Great Terror in the context of world and Russian events which contribute to the structure of society and mindset of the people in power, rather than as the result of one's man's paranoia or capriciousness ... for those with a keen interest in Soviet history, this excellent book is a must for the light it throws on a dramatic and appalling
period of the regime's history.

James Harris is Senior Lecturer in Modern European History at the University of Leeds. He is the author of The Great Urals: Regionalism and the Evolution of the Soviet System (1999) and co-author (with Sarah Davies) of Stalin's World: Dictating the Soviet Order (2015). He co-edited (with Sarah Davies) Stalin: A New History (2005), and edited Anatomy of Terror: Political Violence under Stalin (2013).