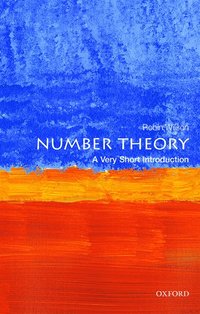 Robin Wilson received his Ph.D degree from the University of Pennsylvania for a thesis on number theory. He is an Emeritus Professor of Pure Mathematics at the Open University, Emeritus Professor of Geometry at Gresham College, London, and a former Fellow of Keble College, Oxford University. He is also a Visiting Professor at the LSE. A former President of the British Society for the History of Mathematics, he has written and edited over 40 books on the subject, including Lewis Carroll in Numberland (Penguin, 2008), Four Colours Suffice (Princeton University Press, 2009), Combinatorics: A Very Short Introduction (OUP, 2016), and Euler's Pioneering Equation (OUP, 2018). He has been awarded the Mathematical Association of America's Lester Ford award and Polya prize for his 'outstanding expository writing', and the Stanton Medal for outreach activities in combinatorics by the Institute of Combinatorics and its Applications. He has Erdos Number 1.