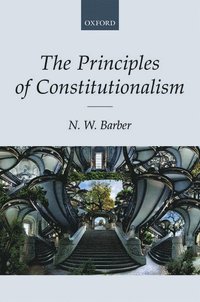 The Principles of Constitutionalism


Daniel Weinstock, Jerusalem Review of Legal Studies Nick Barber's The Principles of Constitutionalism is in my view one of the most important works in constitutional theory in recent decades. For a political theorist, one of its principal virtues lies in its taking very seriously indeed the role that political institutions perform in ensuring that the state can perform its main function, that of promoting the well-being of its citizenry.


Malcolm M. Feeley, Jerusalem Review of Legal Studies I, for one, am impressed. In this era of constitutionalism, this book is certainly a welcome complement to the many empirical studies on constitutions and constitution-making, and one that adds both perspective and normative framework.


Timothy Endicott, The American Journal of Jurisprudence There is so much that is original and persuasive in the book.


Maris Kpcke, The American Journal of Jurisprudence Barber's book is a fine instance of constitutional scholarship that is sensitive to the purposes of the state, understood as the moral need for state structures to realize justice in community. It provides excellent insights about the law's role in facilitating the self-direction of those it empowers, by delimiting their scope of action.


Philip Sales, Justice of the Supreme Court of the United Kingdom, The American Journal of Jurisprudence Nick Barber's book is part of an ambitious project to present a conceptual account of the state and the principles which should govern its functioning. His account is highly sophisticated and shows great sensitivity to the ways in which the constitutional order operates in practice, and how different elements of it impact on each other