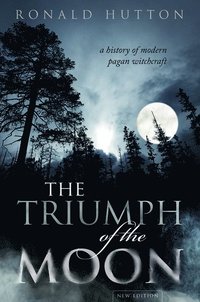 The Triumph of the Moon

A History of Modern Pagan Witchcraft

Ronald Hutton is senior Professor of History at the University of Bristol, and a Fellow of the Royal Historical Society, the Society of Antiquaries, the Learned Society of Wales, and the British Academy. He is the historian on the board of trustees which runs English Heritage, and chair of the Blue Plaques panel which awards commemorative plaques to historic buildings. He has published sixteen books and eighty essays on a wide range of subjects including British history between 1400 and 1700, ancient and modern paganism in Britain, the British ritual year, and Siberian shamanism. His previous publications include Rise and Fall of Merry England (OUP 1994), Stations of the Sun (OUP 1996; current ed. 2001), and The Witch: A History of Fear from Ancient Times to the Present (Yale University Press 2017)