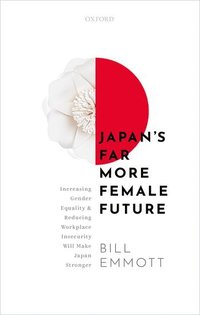 Bill Emmott is a writer and consultant best known for his 13 years as editor in chief of The Economist in 1993-2006, a publication he first joined in 1980 and served in Brussels, Tokyo, and London. He is now chairman of the International Institute for Strategic Studies in London, chairman of the board of Trinity College Dublin's Long Room Hub for Arts & Humanities, and chairman of the Japan Society of the UK. In 2016 the Japanese government awarded him the 'Order of the Rising Sun: Gold Rays with Neck Ribbon' for services to UK-Japan relations. He is the author of 14 books, including most recently The Fate of the West: The Battle to Save the World's Most Successful Political Idea (2017).