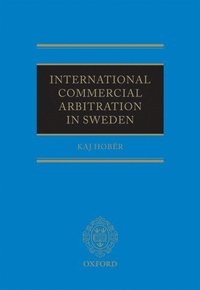 <br>Kaj Hober is Partner at Mannheimer Swartling Advokatbyra in Stockholm and Chair of International Law at the CEPMLP, University of Dundee. He has acted as counsel and arbitrator (including chairmanships) in more than 300 international arbitrations, including representation of the claimant in the first ECT award, as well as involvement in many other investment arbitrations. He is past Chair of the IBA sub-committee on Investment Treaty Arbitration and has been heavily involved in the legal aspects of doing business in Eastern Europe and the former Soviet Union for the last 25 years. He is the author and editor of several books on arbitration and has published numerous articles on international arbitration, Russian, Soviet and East European law and international investment and trade law.<br>