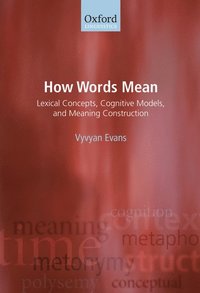 LinguistList An inspiring contemporary account of semantic and cognitive issues that is worth reading.