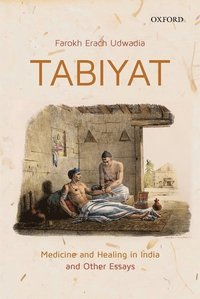 Medicine and Healing in India

Farokh Erach Udwadia is one of India's most eminent physicians. He is Emeritus Professor of Medicine, Grant Medical College, JJ Hospital, Bombay and Consultant and Director Incharge of ICU, Breach Candy Hospital, Mumbai. He has a number of national and international distinctions to his credit. He was awarded the Padma Bhushan in 1987, the Dhanvantri award in 1996, and the B.C. Roy award in 2000. The American College of Chest Physicians conferred on him the award of Master Fellow in 1997. An established author, he has written several medical monographs, including The Forgotten Art of Healing and Other Essays (Oxford University Press, 2009), Bedside Clinics (Oxford University Press, 2008) and Man and Medicine: A History (Oxford University Press, 2001).

Preface 1. Tabiyat: Medicine and Healing in India 2. The Fight Against Infection: The Microbe-Hunters 3. Medical Ethics 4. War and Medicine 5. A Knowledge of the Humanities and History Makes a Better Physician 6. The Lady with the Lamp 7. Music, the Mind and Medicine 8. Medicine in the Renaissance Era 9. Death